I discovered a true passion for the art of Tahitian Dancing while studying abroad in metropolitan France. Coupled with my extensive background in the ballet, I began teaching Ori Tahiti (Tahitian Dance) in 1994 and founded my school, Te Oro, which means “Rite” and also “Miri,” in 1996.

Upon my return to Fenua, which means “motherland” in the Tahitian tongue, I joined the Temaeva Dancing Group. For ten years I trained and danced competitively for Temaeva, taking part in all of their projects and exercises.

I have also spent time with the Heikura Nui and Toareva Dance Companies.

I was certified by the Conservatoire upon completion of the Complete Dance Degree Course. Furthermore, I was awarded a gold medal and the Complete Traditional Studies Diploma, which includes oratorical art (Orero), traditional percussion studies, choreographic art, and three years of theoretical education on Polynesian history and culture. → 2019 See on Linked

A part from my dance school, I also take place in the art of choreography. I began working as a dance choreographer in 2001 with Rohotu Noanoa, a show created and produced by TEMAEVA.

In 2002 and 2003 I performed my choreographer duties for the TOAREVA Company. My most notable work was on the show POLYNETIA, which was created especially for the visit of President Jacques Chirac.

Performing in a stadium in front of 25,000 spectators was a unique experience that allowed me to learn new aspects of the creative process.

At this occasion I realized that it is truly difficult to evolve Tahitian dance from the fundamental traditions that currently exist. Despite this realization, I am highly motivated to adapt my own understandings of the dance process into modern forms and styles.

Since 2010 I have been teaching abroad. From Europe to Asia to the United States, and from Canada, to Mexico, I organize workshops, master classes, and training

courses for dance teachers. For two years I have been an ambassador of our airline company : Air Tahiti Nui.

Thanks to ATN, I can travel easily and be free of teaching and sharing tahitian dance in many countries. I have also been teaching in my hometown on the island of Moorea since 2010 where I helped coordinate activities for the Te Pu Atitia Association, which is directly linked to the University of California Berkeley in Polynesia. Now when I am in Moorea, I only propose private lessons and on demand workshops.

Furthermore I have just started to study “functional analysis of dance motion” applied to Tahitian dance technics. I am working with a lady who teaches at the national dance conservatory of Paris. We are very lucky that Yvonne Paire accepted to help me. I am really gratefull for her dedication and enthusiasm.

The pictures on this website are published with the authorization of the photographers. We would like to add the names of the groups represented on the pictures. If you are a member of one of these groups, or if you are on the picture, we can add your name if you wish so. Contact us by clicking here. 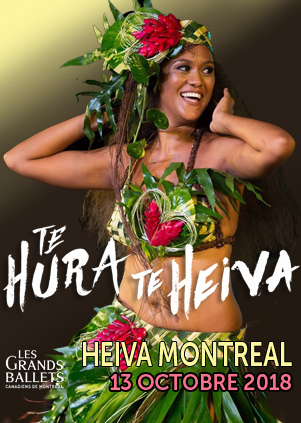